The mind behind the design

Following the recent launch of our 2021 collection of inflatable paddle boards, we’ve had some fantastic feedback and reactions to our new line-up. And, while all our 2021 boards are packed full of enhanced features and ergonomic designs, there is one SUP that’s had everyone talking!

The 2021 Red Paddle Co Voyager board, with its game-changing V-Hull technology, has paved the way for next level inflatable touring, but this innovation didn’t just happen over-night. So, to better understand how this ground-breaking inflatable board was engineered, we put our Head of Design, Phil Hawthorne, under the spotlight…

“We had to get it right, like a lot of innovation in the world, it only looks obvious when you have it in front of you and the V-Hull is no exception. ” 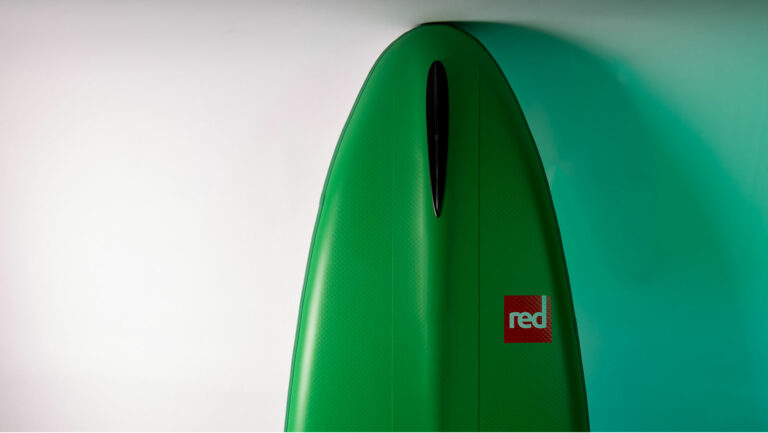 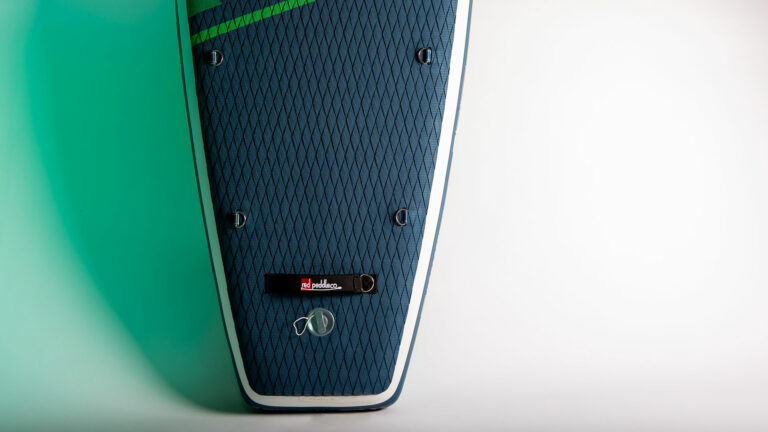 To start things off, can you explain what the V-hull is and the effect it has on the new voyager boards?

The ‘V-Hull’ as we’ve called it (technical!) is what is known as a displacement hull. This is when the form of the hull moves or displaces the water in its way. Rather than having a flat bottom to the full underside of the board, it breaks the surface tension of the water and keeps you gliding through your paddle stroke. We haven’t discovered this; we’ve just been able to apply it successfully with modern day technology – a displacement hull is the reason most boats and ships are the way they are.

“ When we have a good idea, like the V-Hull, we need to be able to prototype and refine our designs repeatedly. ”

Did it take a few versions to get to the final new Voyager boards we see today?

It’s something we’ve had in the pipeline for a couple of years now, but we haven’t been able to make it just right, until now. When we have a good idea, like the V-Hull, we need to be able to prototype and refine our designs repeatedly.

All designs require extensive testing, and these iterations are all part of our design process. We had all sorts of problems in the beginning with the fabrication, shape, stability, you name it, but this evolution and the challenges we face, help us learn and ultimately produce the very best products. 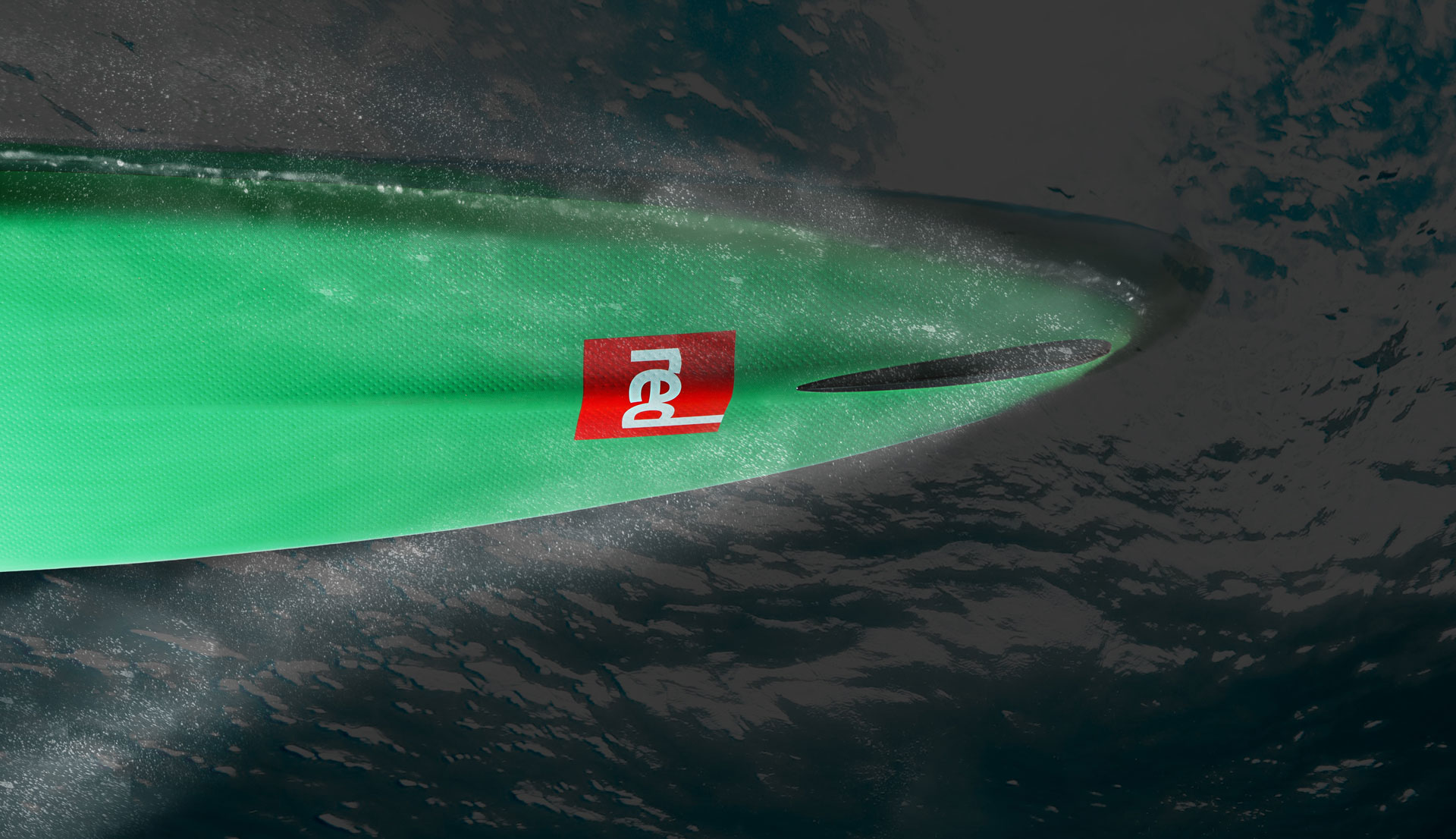 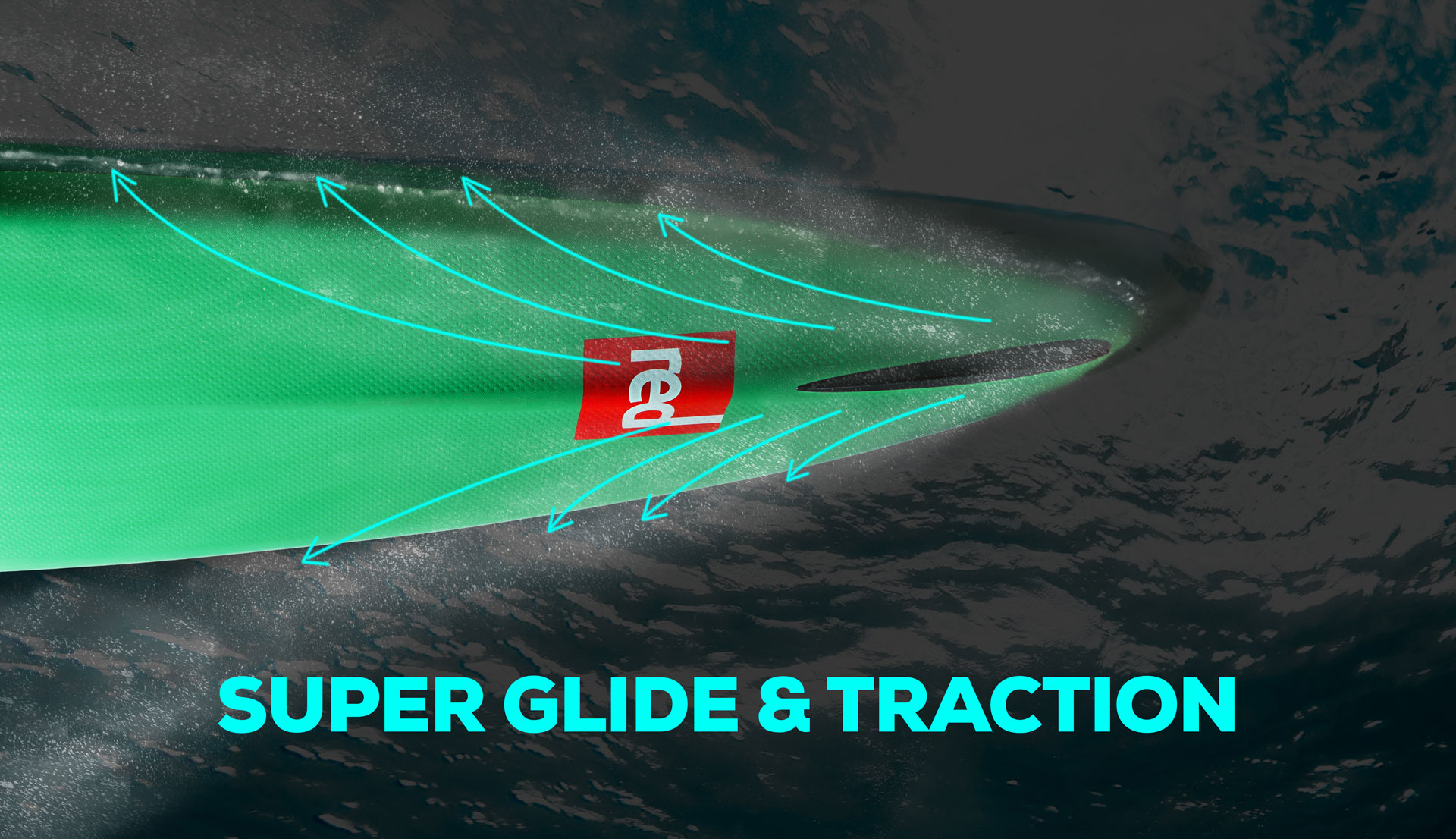 Why has it taken so long to create something like this on a Red board and why haven’t other brands introduced it on their inflatable paddle boards?

We had to get it right, like a lot of innovation in the world, it only looks obvious when you have it in front of you and the V-Hull is no exception. There are lots of variables we had to investigate, and this all takes time to test and get right. This feature is something you will see on a lot of ‘hard’ paddle boards, but it takes real expertise, craftmanship and a lot of testing to get it right on an inflatable board. I have no doubt that now that we have launched the V-Hull, you will start to see lots of other brands having a go and following suit.

How did you test the board and its effectiveness?

We paddled it. Like many people in their day-to-day jobs, there comes a point when you know what will happen if you change x, y and z…but for us as designers, we must test it. We have our own internal testing system that covers most areas of our design process but for the V-hull we really wanted to get some metrics behind it, so we took it to the COAST Lab and put it to the test. 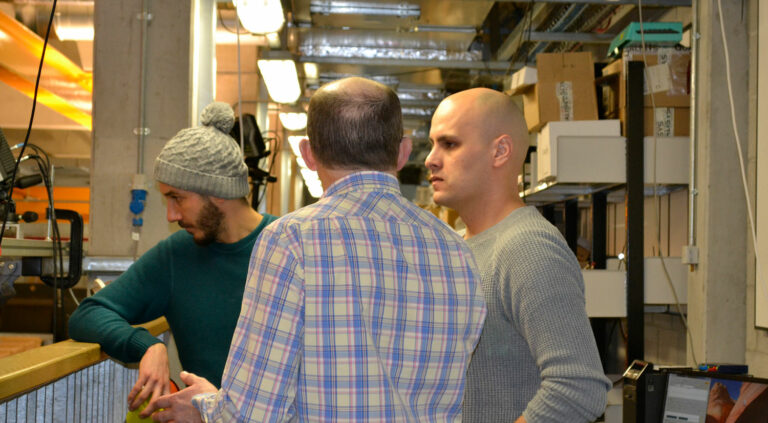 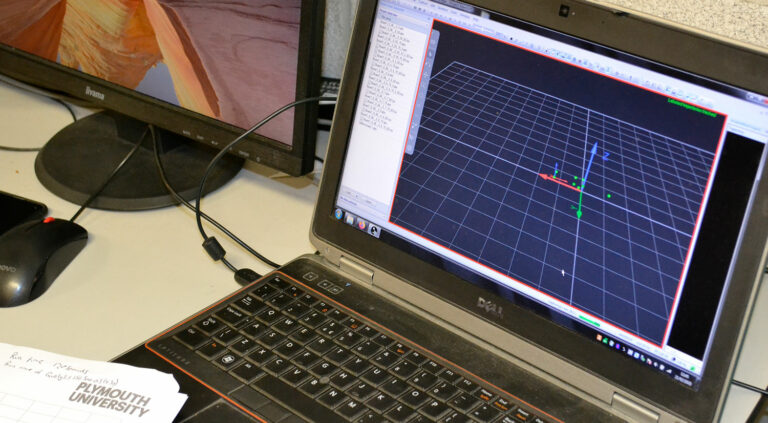 Tell us about the testing you did at the COAST lab?

We’ve been working with the COAST lab in Plymouth for many years now and the team there are brilliant, they really take our stuff to the next level and help us improve on everything we do. We’ve just completed a 2-year government funded research scheme, covering off several projects, one of which was the V–Hull testing.

For people that don’t know about the COAST lab, it’s an artificial wave generating facility that really focuses on marine related research and it just happens to be down the road from our HQ! One experiment we undertook was placing our boards in centre of the large wave tanks with lots of trackers attached. These trackers are picked up by cameras which are linked to several computers so we can capture data to post process and analyse. It’s the same principle used in CGI, computer games or movies with actors in suits with ping pong balls all over them!

Ultimately, we were able to see how the V-Hull acted in the water as the waves flowed over and around it compared to a flat–bottomed board to measure the effectiveness of it in a controlled scientific environment.

“We were able to see how the V-Hull acted in the water … compared to a flat–bottomed board to measure the effectiveness of it in a controlled scientific environment. ”

Why isn’t the V-Hull on any of the other board ranges?

The aim of the project was always to allow a paddler to travel further and easier. To begin with, we didn’t know what that would look like but as we iterated and developed the V-Hull it became more and more apparent that people who really want to push their paddling to the limits tend to be the explorers of the bunch. We really focused on increasing how far someone can go with less energy and the V-Hull means a paddler can use less energy and consequently go further. This in parallel with the increased surface area of the twin fin system, meant that we could help paddlers explore further with energy to spare.

Does adding a V on the board create an area of weakness?

No, not really. We had to do some calculations on sharing the load and forces that would be applied to the V but because of the Tech-Air processes we’ve refined over the last 6 years and the high standards of our material, it isn’t a problem.

How does it compare to previous versions of the Voyager board in terms of carrying capacity?

The carrying capacity isn’t affected by the V-hull, you can still carry everything you need to take for a SUP adventure. All our Voyager boards are the ultimate in inflatable exploration and so everything we do should add to that experience.

Does the V-Hull affect stability?

Yes, the V-hull affects stability, but not a lot because of how we’ve applied it. The V reduces the type of contact surface area associated with traditional inflatable paddleboards which is why it cuts through the water so well.

The most visual stability indicator would probably be the length, the longer the feature of the ‘V’ the more unstable, but this would also depend on several other factors.

Like everything we do, we’ve tried to be as inclusive as possible and give the elite riders what they want whilst still making the board as accessible as possible for your everyday adventurer. We also link this with the plan shape of the board, its length & width and we’re confident we’ve found the sweet spot of ‘effective’ paddling so that our customers have the right tool for the right job.

“The V-Hull has been applied to our two Voyager models this year, and we know that once you try it, you’ll feel the difference immediately.   ”

For a board that gives you extra stability and...

By using our website, you agree to the use of cookies.I understandLearn more
x
Country/Language Selector