The Dragon World Championships in Barbados

The sand was sandy, the water was wet, and the mighty Dragon boards were officially conquered! Marking the start of the first ever dedicated team SUP event, the 28th – 30th October 2017 will forever remain a momentous occasion in paddle board history.

Anticipation for the Championships has been building throughout the year, with the Dragon World Series sweeping the globe throughout the 2017 season. Each World Series event has offered anyone and everyone the chance to race on our multi-person Dragon board, giving participants an instant entry to compete at the Barbados event.

The Red Paddle Co team have been dreaming of this event becoming a reality for many years. As Red Paddle Co founder, John Hibbard explained, “When I first paddled the Dragon on a cold winters day almost 3 years ago I was dreaming of an epic world champs event – it’s an incredible feeling to see that dream become a reality.”

So, after a year of planning, prepping and collaborating we packed up our bags and our dragon boards and headed out to Barbados to bring the Dragon World Championships 2017 to life!

The day had finally arrived. Teams and individual paddlers from around the world gathered on the white sandy shore of Carlisle Bay, Barbados to take part in the three-day SUP event. 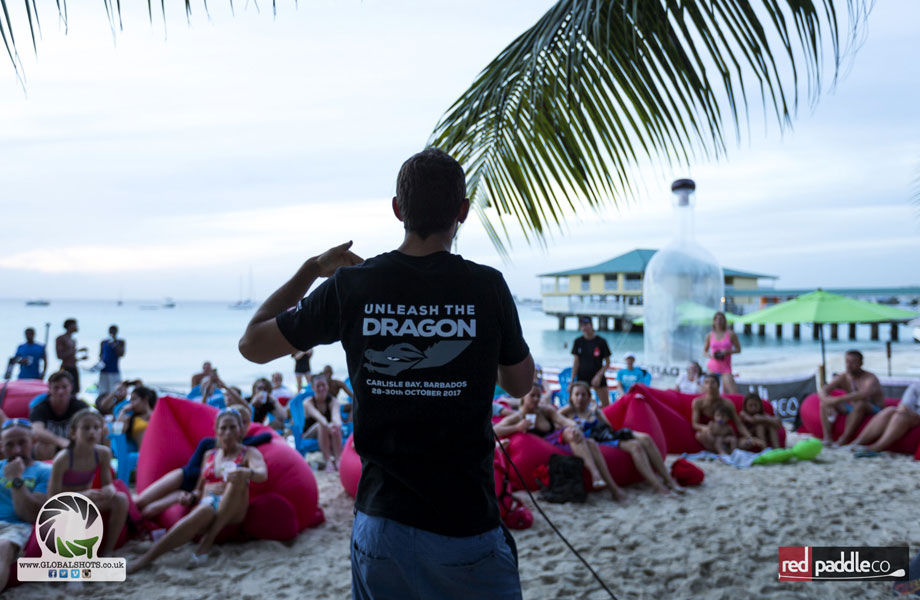 From experienced paddlers who had spent the season racing and competing on their own Dragon boards, to those making their first racing debut, the teams represented almost every level of the paddle boarding spectrum. No matter what their ability or background, these brave warriors came ready and willing to take on whatever our Red Paddle Co crew had in store for them.

Day One saw participants come together for the first time with some taking to the boards for the first time in their newly constructed team. After registration and a busy afternoon of practice, a mass sunset paddle around the bay gave the competitors chance to reflect and wind down ahead of a weekend of racing.  As the sun closed in on fun filled first day and the sky turned a sumptuous shade of pink, paddlers were welcomed back to the shore with a glass of Daffy’s gin and tonic to enjoy with the preliminary screening of our new brand video ‘It’s Time’.

The next two days were filled with non-stop racing, excitement and a whole lot of laughter. Teams undertook three separate challenges including a 9km downwind race with individual paddlers pitted against the 4-person Dragon board teams and an obstacle race aptly named The Warrior! But the main event was the Dragon World Championships races – spread across two days from which just one team would emerge victorious to be crowned the first ever Dragon World Champions.

It’s safe to say the event was a success. Friendships were formed, memories were made and the first ever Dragon World Champions were crowned – Congratulations to home team Paddle Barbados, you were in a league of your own!

So, as the dust finally settles on this year’s event we reflect and restock – and begin to set the ball rolling to “Unleash the Dragon” for DWC 2018… 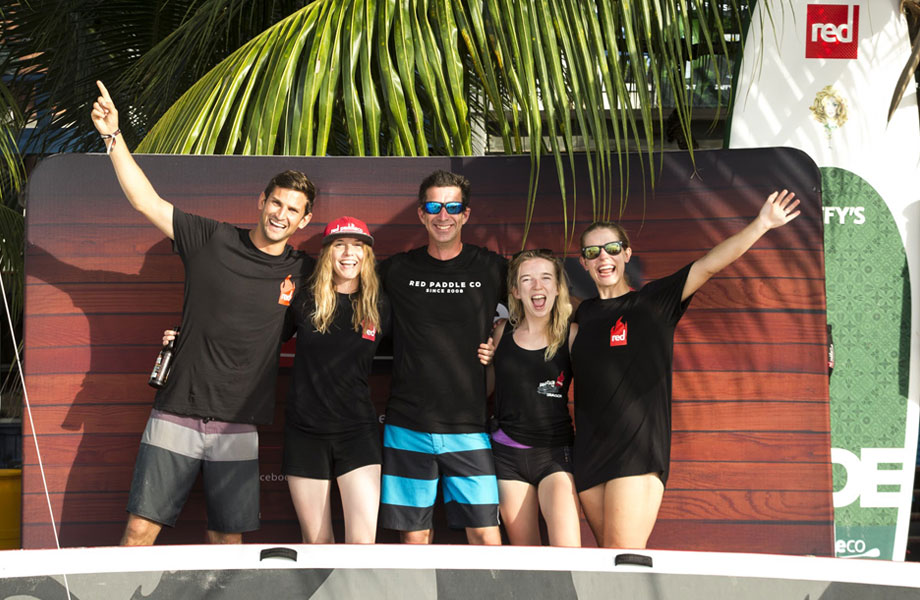 “This is just the beginning; The Red Dragon has forged the way for a completely new paddle discipline. Nothing compares to the camaraderie, excitement and rush of racing or watching the Dragon and this event has set the bar for every Dragon race to come. I cannot wait to see what the next 12 months has instore for the mighty Red Dragon!” George Shillito, Team Red Paddle Co 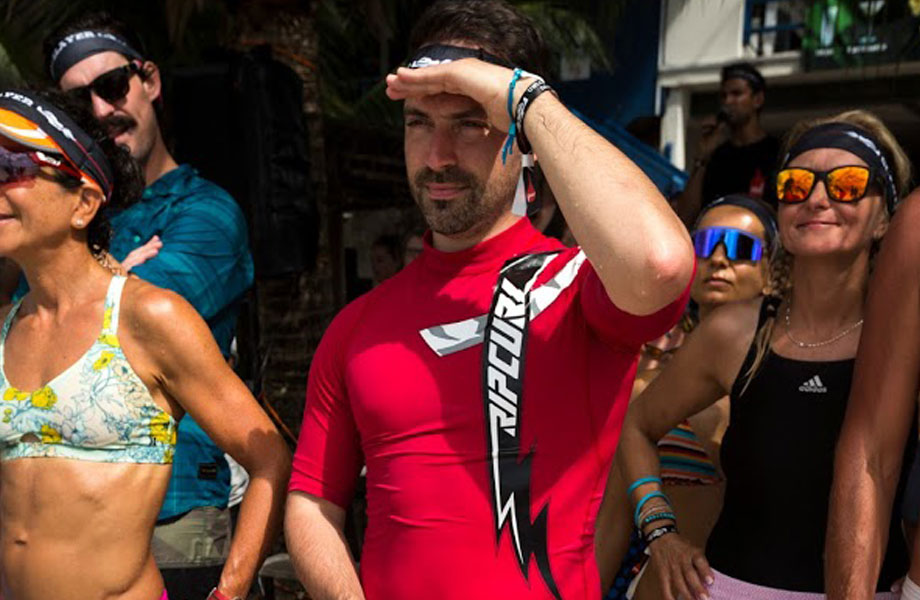 “It was a fantastic trip for so many reasons but one of the main ones was being hosted by such an awesome team. The event was also exceptionally well organised and it was noticeable that you didn’t just run it well but you also fostered the kind of friendly yet competitive spirit that seems to perfectly represent the Red Paddle Co brand.
You also have a new convert – not just to paddle boarding but to Red boards. I went out on the final morning and used a non-Red board and it was nowhere near as good.” Jon Lipsey, Team Grand Masters, UK 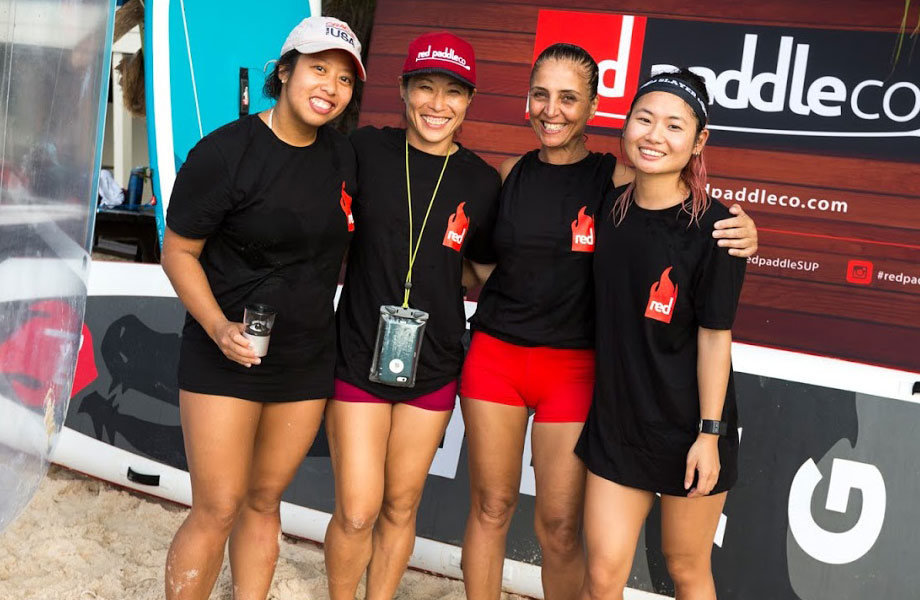 “I cannot even describe the fun I had. I am in total withdrawal, daydreaming at the office about the blue water, the excitement, and the bonding with Red Paddle fans from all over the world” Noriko, Team Red Ladies, NYC. 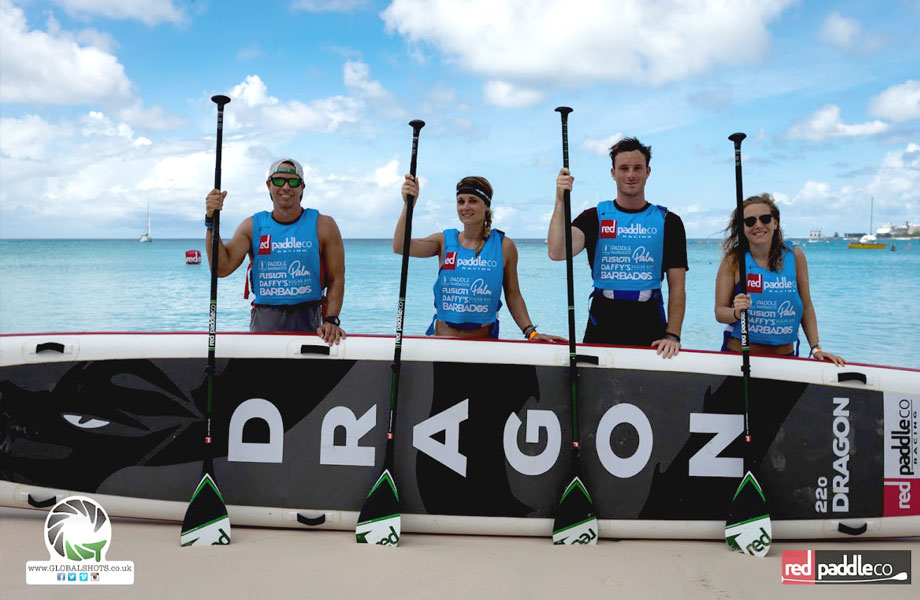 “It was an awesome experience to be part of the first Dragon World Championships, and we really had a blast! We didn’t realise it would be that much fun to unleash the Dragon. ‘Fireballs’ will hopefully be back next year for more!” Sarah and Justine, Team Fireballs, France.