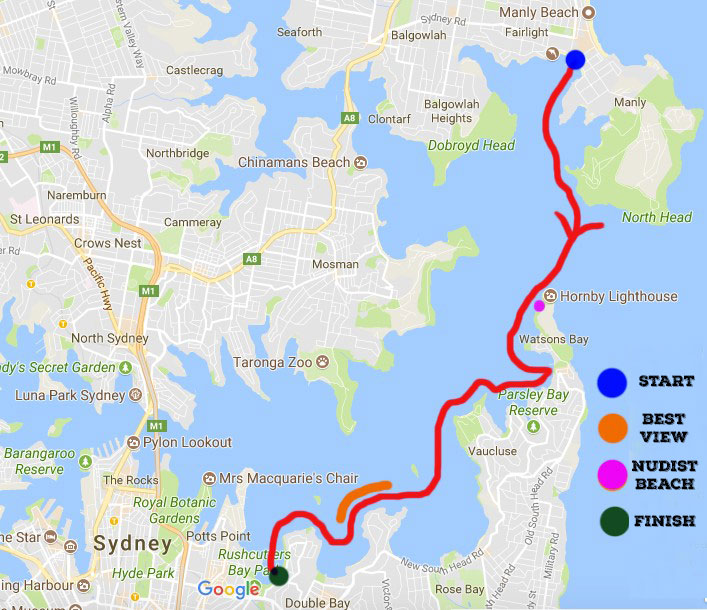 After pumping up our inflatable paddle boards we launched from Manly. We took out our Red Paddle Co 11”0 Sport, 11’3” Sport and 12’6” Voyager. The third board being for a friend of my dads who is a fisheries officer.“ Ah, he will be a good contribution as I’m sure he will know what to do in a dangerous fish situation” I reassured myself. I now know that really fisheries officers deal with legalities rather than life threatening sea creatures – so he would have been no help at all. 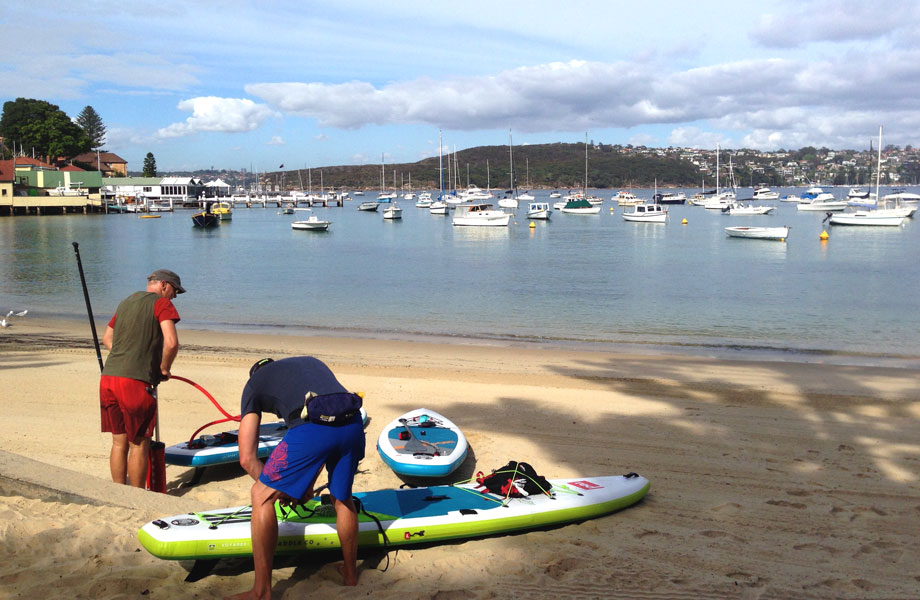 With this perfectly blowing wind, the Australian sun shining and the epic Sydney skyline in the distance, I began to relax. I stopped debating whether the crystal blue waters were a good thing if it meant I would be able to see a giant Great White coming towards me. 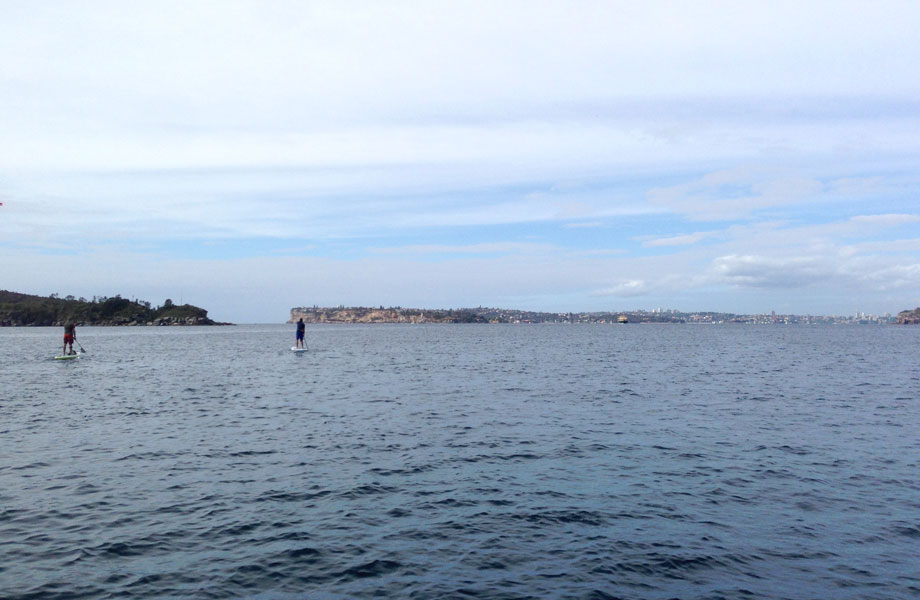 We had also passed a friendly kayaker who was heading straight out to sea, and thought if he’s not worried then I definitely shouldn’t be. And with that I began to wonder if we would see any dolphins or whales instead. 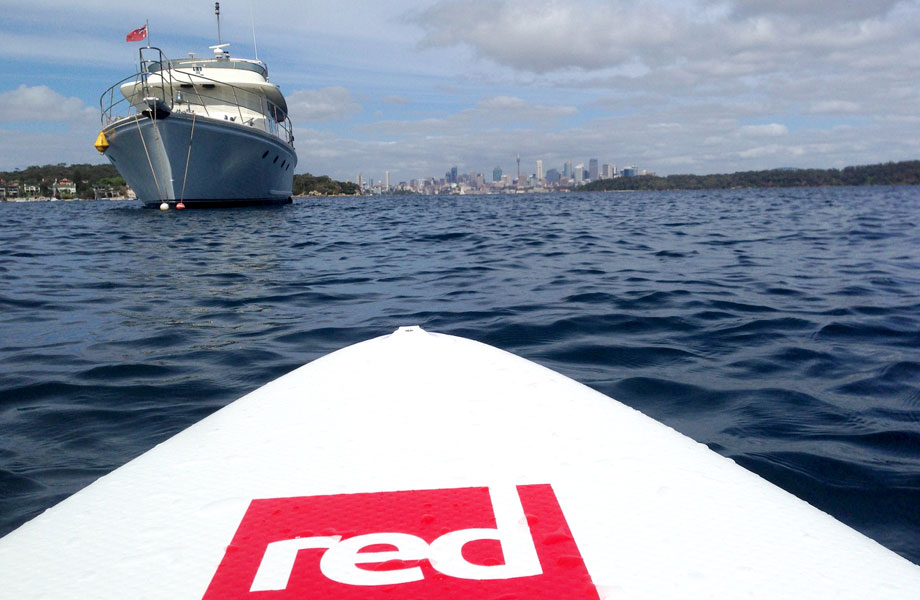 Ferries were constantly blasting all over the place, nothing my 11’0” Sport couldn’t handle but it definitely challenged my balancing act. As we got to the end of North Head we began to head South to Watsons Bay across the main channel. I had to stop whale hunting and really concentrate on not falling off as we reached the roughest point of the paddle.

Even with the wind behind us this section was pretty tiring. But, after a little while and a few scary cloud reflections creating shark shaped illusions in the water, we reached the Hornby lighthouse. 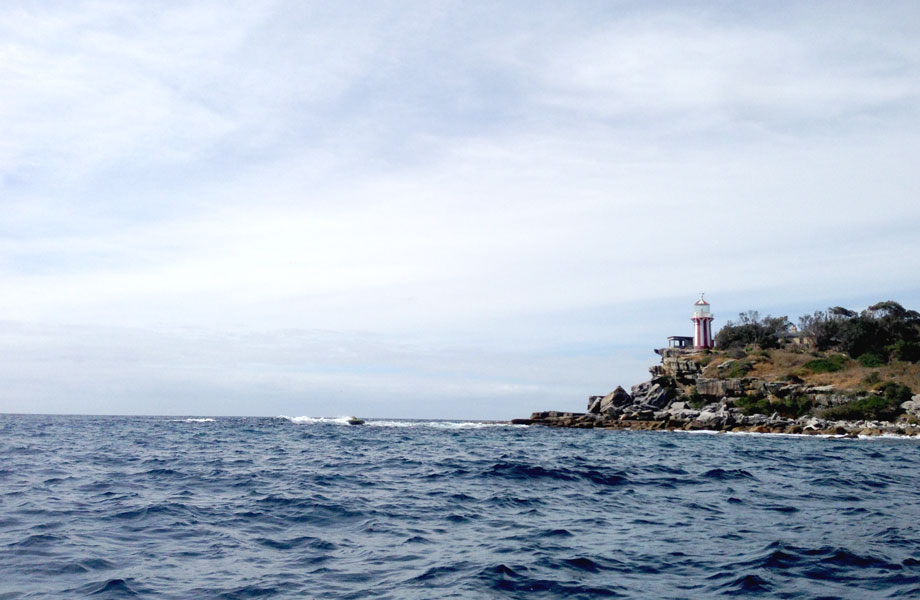 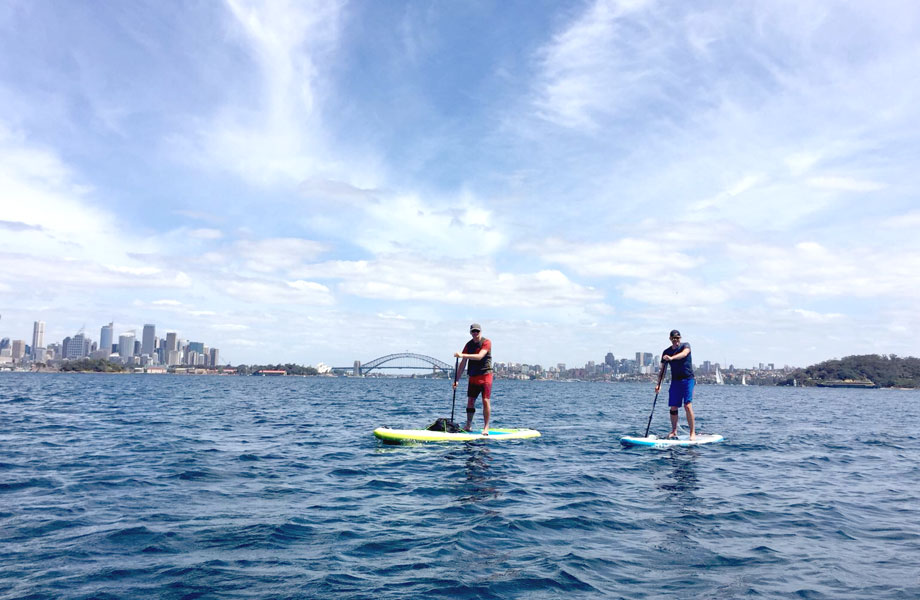 Unfortunately, we couldn’t get much closer as the sea traffic gets much more frequent around the bridge creating unwanted ripples and I certainly didn’t fancy a dip anywhere near Shark Island! Also, at the time there was a war ship docked that supposedly yelled at anyone in the surrounding vicinity! So, to avoid any plunges or unwanted interaction with the navy we headed into Rushcutters Bay for some well earnt lunch.

As we deflated the boards at Rushcutters Bay Park dad said, “well, good thing we didn’t meet that 2.5 metre Great White shark that was spotted in the harbour yesterday”…to which I started to debate if it is a good thing that your dad takes you on adventures knowing there are Great Whites on route! 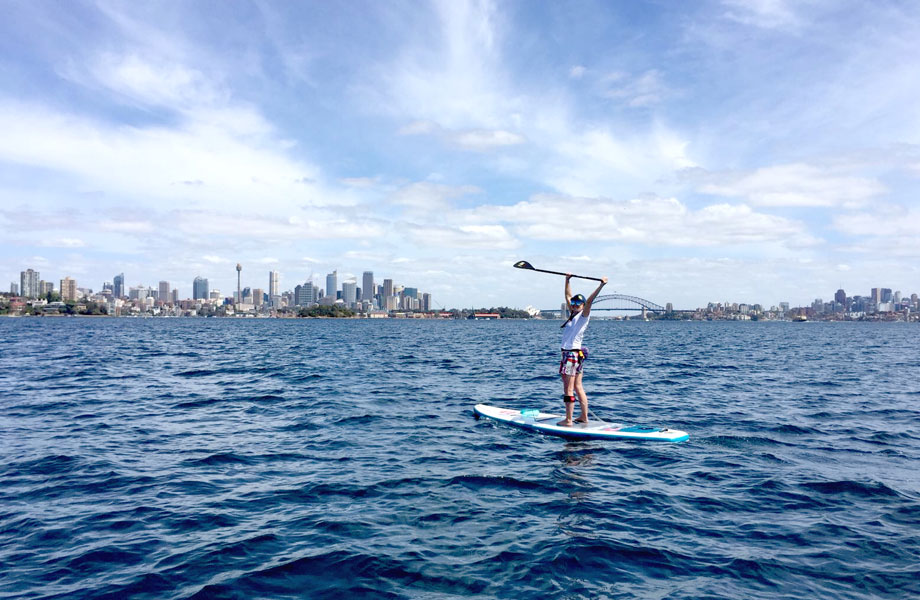 Despite the after warning of a shark, my initial apprehensions slipped away due to the calmness that paddle boarding can bring whilst also giving me a work out that made me ache for the next few days. Our Red Paddle Co boards were perfect for the adventure as when we arrived at Rush Cutters we simply deflated, put them back in the bags and in the car ready for the next paddle. Epic boards for an epic paddle! Thanks Dad for the unforgettable adventure.