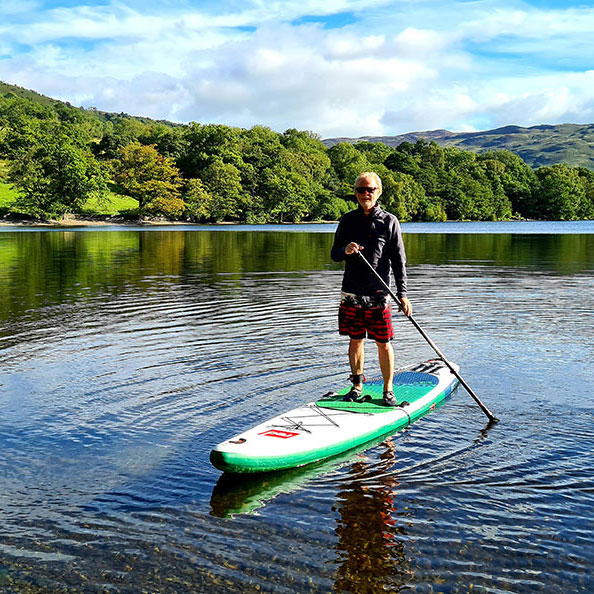 Bassenthwaite is the most northerly of all the lakes in the English Lake District and has been designated as a Site of Special Scientific Interest. The River Derwent flows into the lake at its southern end and back out again at the north, under Ouse Bridge.

There are two small car parks at the northern tip of Bassentwaite, near to Ouse Bridge, each holding six or seven cars. what3words: ///stormy.poses.interacts

Or park for up to 2 hours at near Blackstock Point. what3words: ///pays.reference.factually

At the Ouse Bridge end of the lake, you can walk down some steps to a small beach, less than a minute away from the car park at what3words ///boards.metro.teaspoons

At the bottom of the lake, there is easy access, just a few minutes’ walk from the car park, at what3words: ///finishes.defender.songbook

Stay: Bassenthwaite Lakeside Lodges is situated on the eastern bank of the lake and has direct water access.

Eat: I haven’t eaten there myself, but I’m told the Pheasant (on the A66) is worth a visit.